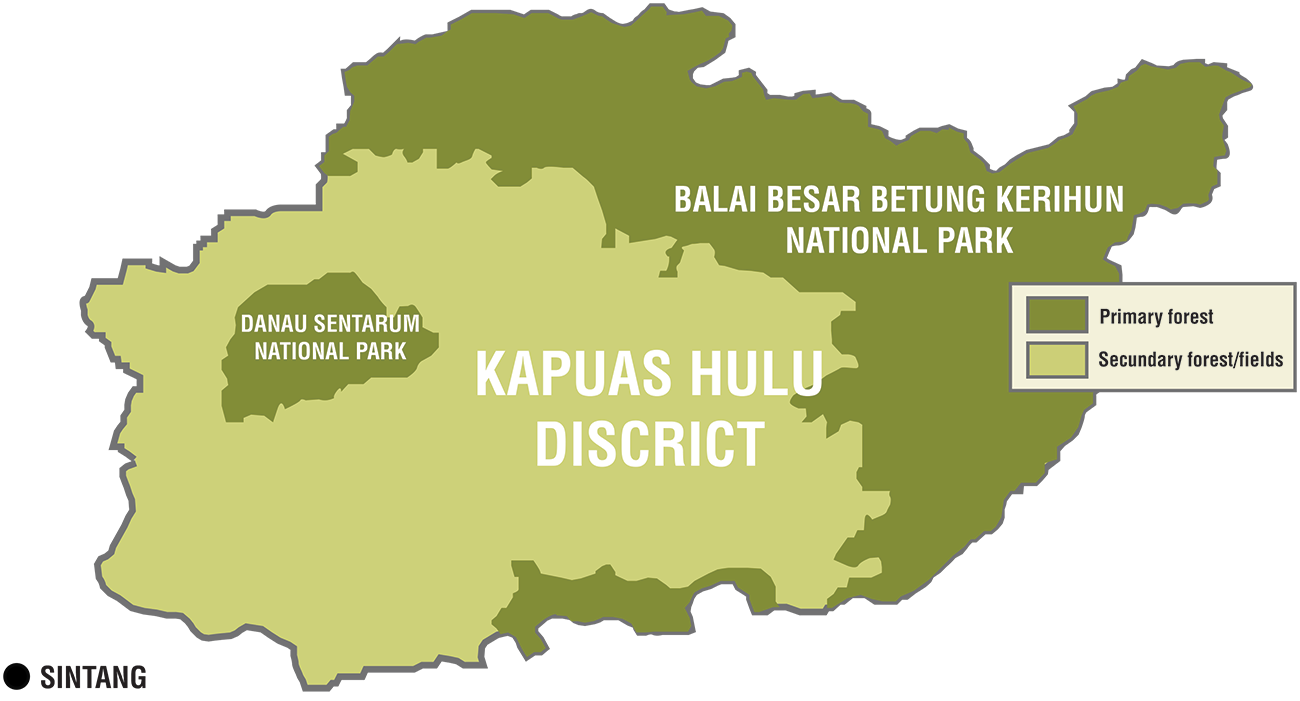 Indigenous people in this part of Kalimantan are mostly Iban Dayaks which are consisted of a few sub-groups. They still lived in basic settings like longhouses with high stilts next to the riverbank. The Iban Dayak have forever owned the old rainforest of Betung Kerihun and are still fiercely protecting the area from loggers and other people who want to use and destroy the forest for their own gains.

One of my suppliers is based in the town of Sintang, very close to the Kapuas Hulu district and he has quite a large concession in the Betung area where he and his crew (consisting of only Iban tribesmen and women) harvest their kratom in a sustainable way, meaning they will never damage the trees nor kill them, also no pesticides are used on the old forest kratom trees to increase production. Old trees also don’t need pesticides since they are strong enough to withstand harmfull insects and other pests that damage the leaves on their own.

Worked and lived in Indonesia before. Selling high quality kratom powders from Indonesia